PHP has lot of open source e-commerce projects, the only reason i think for that is low threshold to involve oneself in a PHP project than in anyother programme languages or my research is incomplete!

would be interesting to look at this and get involved in its development.

async, await
http://whatsthepointy.blogspot.com/2013/11/javascript-does-not-have-pass-by.html
pass by reference
JS has only pass by value
default params need to be right of non default params
we should not use langauge keywords for defining a variable as the the actual feature of the keyword will be lost
mutable types
Does all functions should have return statement
_ underscore
List last item can have comma unlike json last item

Back in March 2018 i worked on correcteting most of our projects Db resetting/handling process but i ended up making lot of changes to already executed migration files.

At the start of the day my only aim was to finish up this work and move on to other tasks as quickly as possible, all through out the process i kept nagging myself why haven’t i done this process last time(March 2018). If i had done this process then today i would have been perfecting the process so that it can be merged into main branch.

A lesson learnt, a good one, even if a solution solves part of the problem and there is no alternative at that time then do it and visit it again and when visited again to perfect it work will be not be from ground zero atleast there will be some progress forward and mind will be ready for a solution from that point rather than from bottom.

At first when i read the premise of this TV series, based on a novel of same name, i did not show much interest in it.

Few days back by chance i started watching this series and it is really enagaging. 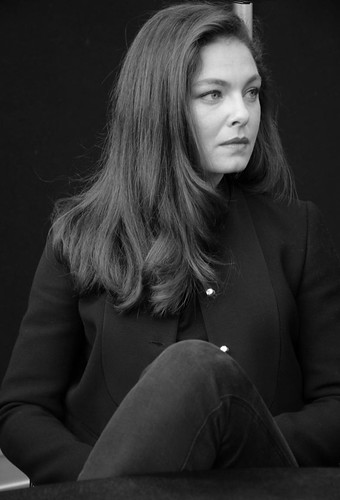 James Taggart saw Lillian Rearden drift casually toward him at the one moment when he chanced to be alone in the dim corner between a potted palm and a window. He stopped and waited to let her approach.
He could not guess her purpose, but this was the manner which, in the code he understood, meant that he had better hear her.

“How do you like my wedding gift, Jim?” she asked, and laughed at his look of embarrassment. “No, no, don’t try to go over the list of things in your apartment, wondering which one the hell it was. It’s not in your apartment, it’s right here, and it’s a non-material gift, darling.”

He saw the half-hint of a smile on her face, the look understood among his friends as an invitation to share a secret victory; it was the look, not of having outthought, but of having outsmarted somebody.
He answered cautiously, with a safely pleasant smile, “Your presence is the best gift you could give me.”
“My presence, Jim?”

The lines of his face were shock-bound for a moment. He knew what she meant, but he had not expected her to mean it.

She smiled openly. “We both know whose presence is the most valuable one for you tonight—and the unexpected one. Didn’t you really think of giving me credit for it? I’m surprised at you. I thought you had a genius for recognizing potential friends.”

He would not commit himself; he kept his voice carefully neutral.

“Have I failed to appreciate your friendship, Lillian?”

“Now, now, darling, you know what I’m talking about. You didn’t expect him to come here, you didn’t really think that he is afraid of you, did you? But to have the others think he is—that’s quite an inestimable advantage, isn’t it?”

“Shouldn’t you say ‘impressed’? Your guests are quite impressed. I can practically hear them thinking all over the room. Most of them are thinking: ‘If he has to seek terms with Jim Taggart, we’d better toe the line.’ And a few are thinking: ‘If he’s afraid, we’ll get away with much more.’ This is as you want it, of course—and I wouldn’t think of spoiling your triumph—but you and I are the only ones who know that you didn’t achieve it single-handed.”

He did not smile; he asked, his face blank, his voice smooth, but with a carefully measured hint of harshness, “What’s your angle?”

She laughed. “Essentially—the same as yours, Jim. But speaking practically—none at all. It’s just a favor I’ve done you, and I need no favor in return. Don’t worry, I’m not lobbying for any special interests, I’m not after squeezing some particular directive out of Mr. Mouch, I’m not even after a diamond tiara from you. Unless, of course, it’s a tiara of a non-material order, such as your appreciation.”

He looked straight at her for the first time, his eyes narrowed, his face relaxed to the same half-smile as hers, suggesting the expression which, for both of them, meant that they felt at home with each other: an expression of contempt. “You know that I have always admired you, Lillian, as one of the truly superior women.”

“I’m aware of it.” There was the faintest coating of mockery spread, like shellac, over the smooth notes of her voice.

He was studying her insolently. “You must forgive me if I think that some curiosity is permissible between friends,” he said, with no tone of apology. “I’m wondering from what angle you contemplate the possibility of certain financial burdens—or losses—which affect your own personal interests.”

She shrugged. “From the angle of a horsewoman, darling. If you had the most powerful horse in the world, you would keep it bridled down to the Galt required to carry you in comfort, even though this meant the sacrifice of its full capacity, even though its top speed would never be seen and its great power would be wasted. You would do it—because if you let the horse go full blast, it would throw you off in no time. . . . However, financial aspects are not my chief concern —nor yours, Jim.”

“I did underestimate you,” he said slowly.

“Oh, well, that’s an error I’m willing to help you correct. I know the sort of problem he presents to you. I know why you’re afraid of him, as you have good reason to be. But . . . well, you’re in business and in politics, so I’ll try to say it in your language. A businessman says that he can deliver the goods, and a ward heeler says that he can deliver the vote, is that right? Well, what I wanted you to know is that I can deliver him, any time I choose. You may act accordingly.”

In the code of his friends, to reveal any part of one’s self was to give a weapon to an enemy—but he signed her confession and matched it, when he said, “I wish I were as smart about my sister.”

She looked at him without astonishment; she did not find the words irrelevant. “Yes, there’s a tough one,” she said. “No vulnerable point? No weaknesses?”

She shrugged, in sign of changing the subject; Dagny Taggart was a person on whom she did not care to dwell. “I think I’ll let you run along, so that you can chat a little with Balph Eubank,” she said. “He looks worried, because you haven’t looked at him all evening and he’s wondering whether literature will be left without a friend at court.”

She laughed. “That, my dear, is the non-material tiara I wanted!”

My webserver is Apache
for eg: i created ‘our_project’ folder in my server i.e /home/auto-w24/public_html/

In Ubuntu
Create a file in /etc/apache/sites-available folder with the name of you Vhost
for eg:ourserver.local.
Now open the newly craeted ourservre.local file and enter following content.

Make modifications to your requirements

Open your /etc/hosts file and following line to it

Settings to access ‘our_project’ in other systems connecting same network

Lets assume System-1 as the system in which we have all the above settings and System-2 is a ubuntu system connected to the same network as system-1.

In System-1 find your IP address.

Add following line to it

Add following line to it